Franz Schubert
By far his most well‐known and  frequently performed sacred work today is his second mass, the Mass in G Major, which he composed  in less than a week in March of 1815. It is a relatively small-scale work accompanied strings and organ. It is musically also relatively simple, but fresh and bright and cheeky with plenty of tunes and panache.​ 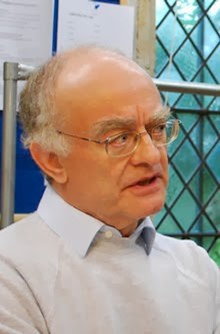 John Rutter
John Rutter wrote his Magnificat in 1990' and it had its premiere the same year at Carnegie Hall, New York under the direction of the composer. 'Magnificat' refers to the passage in St Luke (chapter 1, verses 46-55), recording the Virgin Mary's outpouring of joy, praise and trust in God following the Annunciation - the Angel's word that she was to give birth to Christ. This song of Mary has been a central part of the observance of Advent since early times, and its well-loved familiarity also derives from its inclusion as a canticle in the Catholic office of Vespers and in Anglican Evensong.

​Many well-known composers have set the text to music, including Dufay, Palestrina, Purcell, Charpentier and J S Bach. Rutter's starting point was the feast days of the Virgin as observed in countries such as Spain, Mexico and Puerto Rico. Here people take to the streets with singing, dancing and processions and it was this joyous atmosphere of outdoor celebration that the composer wanted to capture in his music. Although his compositions have an apparent simplicity, Rutter's style also draws on the melodies and harmonies of such composers as Faure and Durufle, and his simple musical line does not preclude occasional complex interweaving of themes, voices and texts.

Rutter's Magnificat is in seven sections with several additions to the original liturgical text. The second section is a setting of the lovely fifteenth century poem 'Of a Rose, a lovely Rose'; the third section, 'Quia fecit mihi magna', concludes with a 'Sanctus' derived from the Ordinary of the Mass and sung to the Gregorian chant of Missa cum jubilo; the final section Gloria Patri, includes the prayer 'Sancta Maria', an antiphon used at the feast of the Virgin Mary, but sung here by a lone soprano. The Choir concludes the work with the final Magnificat text 'As it was in the beginning, is now and ever shall be, world without end. Amen'.
​ 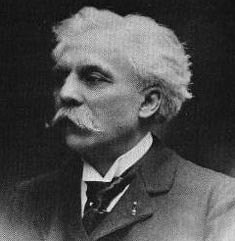 Gabriel Fauré
​Gabriel Fauré composed his Requiem in D minor, Op. 48, between 1887 and 1890. The choral-orchestral setting of the shortened Catholic Mass for the Dead in Latin is the best-known of his large works. Its focus is on eternal rest and consolation. Fauré's reasons for composing the work are unclear, but do not appear to have had anything to do with the death of his parents in the mid-1880s. He composed the work in the late 1880s and revised it in the 1890s, finishing it in 1900.

In seven movements, the work is scored for soprano and baritone soloists, mixed choir, orchestra and organ. Different from typical Requiem settings, the full sequence Dies irae is omitted, replaced by its section Pie Jesu. The final movement In Paradisum is based on a text that is not part of the liturgy of the funeral Mass but of the burial.

Fauré wrote of the work, "Everything I managed to entertain by way of religious illusion I put into my Requiem, which moreover is dominated from beginning to end by a very human feeling of faith in eternal rest."[1]

The piece premiered in its first version in 1888 in La Madeleine in Paris for a funeral Mass. A performance takes about 35 minutes.
​ 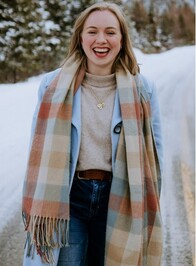 Zoë Vallée - Soprano
Zoë Vallée - Soprano
Zoë Vallée is a Canadian Coloratura Soprano currently completing a Master of Music in Vocal Performance at the RNCM where she is studying with Sandra Dugdale. She is the recipient of a scholarship made possible by the Jacob Marsland Award, and the Kenneth Hedley Bequest, as well as a bursary made possible by the Dolly Knowles Scholarships and the Edward Milner Award. Zoë is a proud Newfoundlander who completed her Bachelor's degree at Memorial University of Newfoundland under the tutelage of Dr. Jane Leibel.

Zoë was led to music through a love of dance that was instilled in her at a young age. Zoë is an experienced dance educator with seven years of teaching behind her (Ballet, Contemporary, Lyrical, Street Dance, Irish Step). Through dance she began her career in musical theatre, starting in chorus/movement roles in shows such as Rock of Ages, and then succeeding in leading roles such as Joan in Fun Home. During her undergraduate degree Zoë was given the opportunity to study classical voice and opera, and found that this is where she really flourished. Her recent credits include Gretel in Humperdink's Hansel und Gretel with MUN Opera Workshop, ChochoIka/Mrs. Pasek in the Cunning Little Vixen and the Controller in RNCM's Jonathan Dove's Flight at the RNCM. Among other opportunities available at the RNCM, Zoë is honoured to have been selected as a finalist for the 2021 competition for the Joyce and Michael Kennedy Award for the singing of Strauss. In the coming months Zoë can be found preparing for her debut as Zerbinetta in the Prologue of Ariadne Auf Naxos by Strauss.
Zoë Vallée appears by kind permission of the RNCM
​ 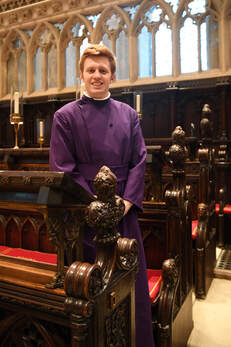 Joel Heritage - Tenor
Joel Heritage - Tenor
Originally from Buckinghamshire, Joel Heritage is a tenor who is currently undertaking a Choral Scholarship at Canterbury Cathedral. Joel graduated from the Royal Northern College of Music in 2021 having studied under the tutelage of Quentin Hayes. At 16 years old, he won the Margaret Fripp Singing Prize, awarded by the Charles Pope Memorial Trust for the most promising young singer in the Aylesbury Vale area.

Joel regularly sings at Canterbury Cathedral's Evensongs and Eucharists and recently sang some of the tenor solos in the Mozart Requiem at the Friends of Canterbury Cathedral's Big FRIENDly Sing in March 2022. He also has performed in numerous operas, most recently in the chorus of the Bergen Nasjonale Opera's production of Peter Grimes in Bergen, Oslo and London in 2019. Operatic roles include Roderigo in Otello (Aylesbury Opera, 2017) and the Custom's Officer in La bohöme (Vivo D'Arte, 2016) and various other chorus roles.

As well as the Canterbury Cathedral Choir, Joel's choral experience includes being a member of the National Youth Choir of Great Britain and their Chamber Choir, and more recently with Johns' Boys Male Voice Chorus, winning the Llangollen International Eisteddfod's Cör Y Byd (Choir of the World) title with them in 2019.

Joel's next performance will be the Matthäus-Passipn with Brockham Choral, singing the tenor aria solos and the role of Judas.
Joel Heritage appears by kind permission of the RNCM. ​
​ 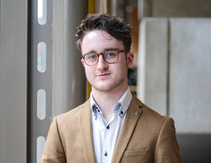 James has performed several roles within RNCM's Opera Scene programme including Ford (Falstaff by Verdi), Harlekin (Ariadne auf Naxos by Strauss), Guglielmo (Cosi fan tutte by Mozart) and Henry (Street Scene by Weil). James is currently involved within Opera North's Mentor Scheme, shadowing members of the full time chorus and is due to revisit the role of the Marchese D'Obigny this April with North Wales Opera Studio.
James Holt appears by kind permission of the RNCM.
​

Now in its fifth decade, the RNCM is relatively young, but its rich history spans back to 1893 when Sir Charles Hallé founded the Royal Manchester College of Music. In 1973, this institution merged with the Northern School of Music, and the RNCM was born.Today, the College is a thriving conservatoire with around 320 teaching staff and 880 students from nearly 60 different countries.
​
www.rncm.ac.uk/

Links to other events:
Our friends, with whom we have reciprocal arrangements.
​
​Click the "Where Can We Go" link below for details of other events within 10 miles of Lancaster
or use the optional full search facility across the United Kingdom.
​